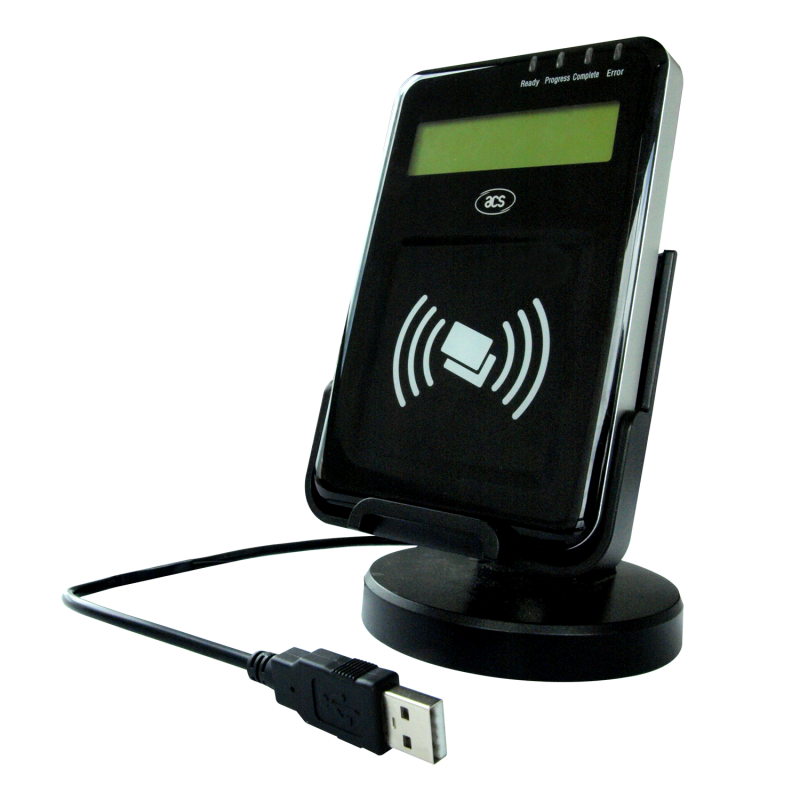 We do not store any bank details.

We do not capture sensitive or private data.

We want happy clients on any purchase.

The most reliable courrier companies.

ACR1222L is an LCD-equipped PC-Linked NFC Contactless Reader with USB as its host interface. It is developed based on the 13.56 MHz RFID technology and the ISO/IEC 18092 standard. ACR1222L can support ISO14443 Type A and B cards, MIFARE, FeliCa and all 4 types of NFC tags.

With its PC/SC compliance, ACR1222L ensures easy upgrade of PC/SC smart card applications to improve user interaction. It is equipped with 4 LEDs, a buzzer and an LCD that provide users with clear indications of the reader or application status. The 2-line graphic LCD has multiple language support, including Chinese, English, Japanese and some European languages. The LCD allows interactive operation such as scrolling up and down, left and right, etc. The device's three built-in SAM slots provide enhanced security during contactless operations.

Are you sure that you want to report this comment?

Your report has been submitted and will be considered by a moderator.

error Your report cannot be sent

error Your review cannot be sent